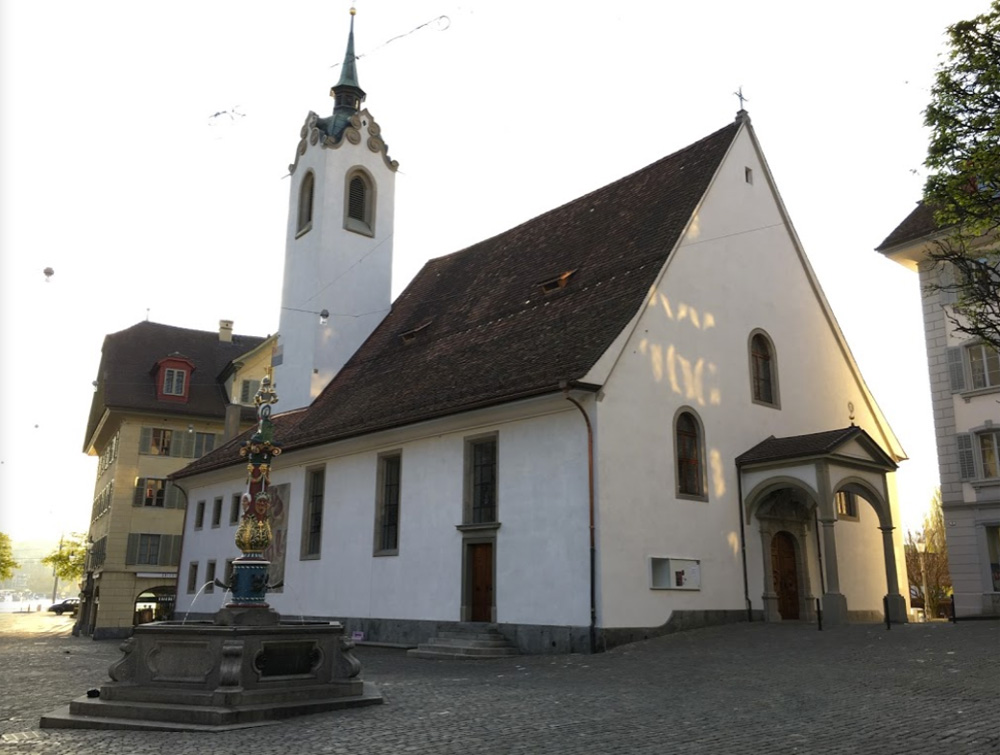 A hearing loop or audio induction loop is a special type of sound system for use by people with hearing aids. It provides a magnetic, wireless signal that is picked up by the hearing aid when it is set to 'T' (Telecoil) setting. By chance I discovered that my electromagnetic headphone works exactly like a hearing aid as well.
I was in Luzern standing in the centre of a historical sqare in the night. Suddenly loud voices reached my ear. I was frightened and looked around me, but there was no one. I took off the headphone and the voices disappeared. The only building nearby was a small church with the windows lightened. When I approached the voices became clearer and even louder. Just standing outside I could follow the religious service which was held inside.